There’s no one way to define Stefan Johnson. 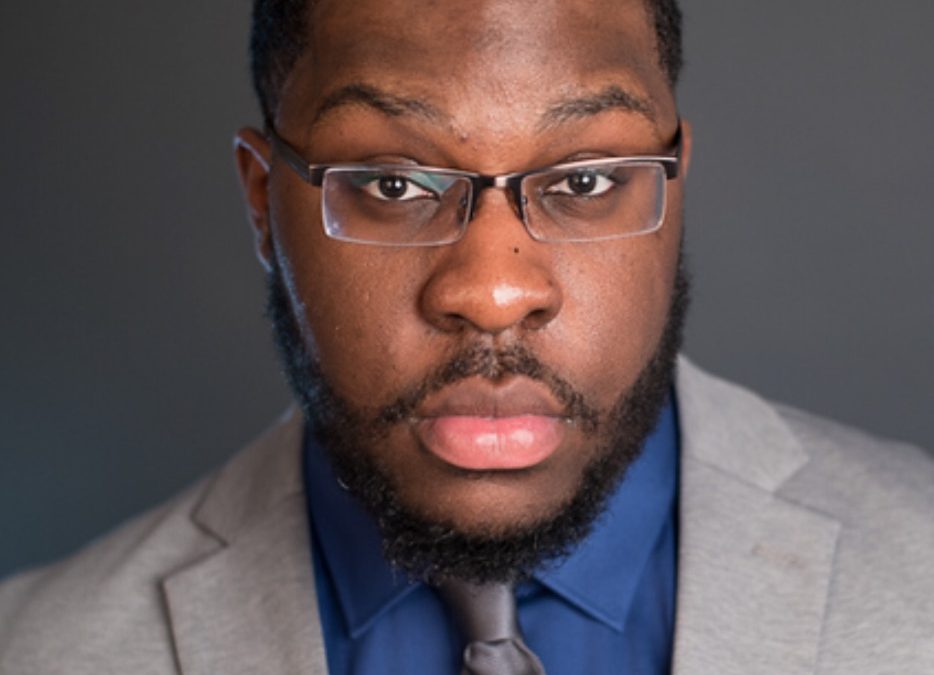 This VO Renaissance man creates a stir with his deep, rich voice wherever he goes.

Stefan Johnson is a veritable Renaissance man.  He works full-time as a voice talent, runs a verified TikTok account with almost 2 million followers, and is accustomed to appearing on the likes of  Allrecipes, Buzzfeed and Today for his food reviews.

Stefan’s voice talent journey started in high school in 2009 when he was talked into delivering the morning announcements his sophomore year. He kept that gig until he graduated, but that kid with the deep, rich voice hadn’t yet considered a career in voiceover.

His VO light-bulb moment came in 2014 while he was studying to become a radio jockey at Ohio Media School. In 2019, he leapt into that VO realm and became a full-time actor. Known for a sound that is ominous, warm, sexy and smooth, Stefan now specializes in commercial, promo and character narration. And he’s acquired many impressive credits along the way, including McDonald’s, Wells Fargo and the American Red Cross. His favorites so far? Definitely XBox’s “Ancestor’s Legacy” and spots for the NBA’s Orlando Magic, he says.

Stefan also lends his voice to the world in another way — doling out his opinions on all things culinary. He became a buzz-worthy food critic almost by accident.

“I have strong opinions about food, and it always starts a civil yet heated debate,” Stefan says.

Following positive responses to his work, he decided to keep it up. He has three favorite types of foods that, in his eyes, you can never go wrong with: soul food, barbecue and Mexican.

At the onset of the coronavirus pandemic in March 2020, Stefan hopped onto the TikTok train. More free time thanks to lockdown meant more time to explore the booming social media app.

He began experimenting with the medium, creating videos about VO, food, and the latest trends, along with comedic clips. But two videos rocketed him into TikTok stardom. Both A Day in the Life of a Voice Actor (a comedic spoof of his work as a VO actor) and Rating Your Favorite French Fries garnered national attention from news outlets and celebrities.

“I’m a huge advocate for variety.”

How it all fits together

Art imitates life, life imitates art — and in Stefan’s world, art imitates art, too. He often finds his various creative outlets intertwining. He incorporates VO into his TikTok videos, he adds comedy into his food reviews, and sometimes he uses narration, food and comedy all in one.

Stefan’s expansive online presence has opened up many opportunities to him professionally. He’s secured a lot of VO work and even connected with us here at CSM because of it.

“Working with Stefan is inspiring.”

Says Celia Siegel. “He has done a tremendous job at becoming well known through social media and his raw talent. It is such a pleasure to represent a voice actor that takes control of his own notoriety and success. The synergy created when all cylinders are firing in a management relationship is a force for unstoppable opportunity.”

When Stefan does take some well-deserved time away from his many pursuits, he enjoys spending time with his wife, playing bass, gaming (specifically Pokémon) and visiting with family. Oh, and if VO, TikTok and food criticism weren’t enough, Stefan is also part of a Prince tribute band called The Prince Project.

Stefan Johnson may be hard to pin down, but there’s no doubt that he is a creative force to be reckoned with.