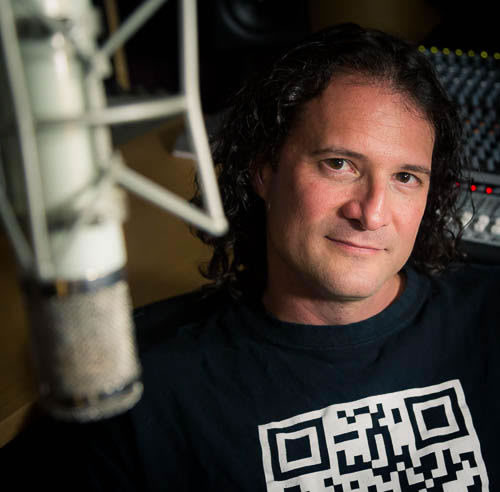 Meet Dan, the voiceover aficionado who understands the production, interpretation, and instruction of VO

It’s hard to say where you’ll find Dan Friedman in the voiceover studio, only that he’s definitely in there somewhere. Whether he’s behind the mic as an audio engineer, in front of it as a voice actor, or before the mic as a voice coach, his expertise in all areas of VO gives him a unique edge.

Dan has made his way to voiceover coaching after 25 years of experience in the industry. His VO journey started in 1995 in Tampa, Florida, when he became a live sound engineer. Over the years, he has worked as a live sound engineer, a studio engineer, in radio for promotions and event management, as a recording studio manager and as a producer for a voiceover company.

In 2005, Dan moved from the sound board to the mic and got his first VO gig as an actor. From there, he earned hundreds of jobs with household names like Moe’s Southwest Grill, Hulu Plus, Hardee’s and more. According to Dan, “every gig in voiceover is a gift.”

Dan started officially working as a voice coach in 2011. Self-described as “tough, but kind, and tough for a reason,” Dan sees coaching as an opportunity to create a difference that is “night and day” in the voices of his students; and he finds incredible meaning behind the work of a speaker of any kind.

Dan continues to enrich his VO coaching skills and was recently certified to coach The Roger Love Method for Speaking. “Roger knows his stuff and I learned some very cool things that no other VO Coach is talking about. I now have more tools in my tool belt to help my clients!” shared Dan.

“When we speak, we create vibrations,” Dan said. “Those vibrations are created by the speaker and captured by the listener—they connect us. Those connections should be meaningful and impactful. They should make us feel something.”

Regardless of the client and their mission, Dan is always on the side of the artist. He’s a cheerleader and wants to see them succeed. According to Dan, “improving careers and lives by working with voices” is his ultimate goal.

It is a discipline that is “equal parts technical skill and art,” and afforded Dan the chance to direct voice actors. He gives credit to his first voice coach Paul Armbruster who helped him “learn the language” of directing voiceover talent.

“I often became a translator of sorts between the talent and client,’ Dan said. “When the client would say to the talent something like, ‘Make it more burgundy,’ I knew what they wanted and how to communicate that.”

The best part of his job: the people

As a coach, engineer and actor, Dan knows his VO; and there is one thing that he loves most about every facet of the industry—the people.

“The people I’ve met and have become close with are some of the best people I know,” Dan said. I used to marvel at just how cool it was, that as an adult, I could make new friends who become lifelong friends.”

So whether you are looking to improve your booking ratio with some coaching; need a shiny, new demo; or an experienced talent to bring your project to life, Dan is the man!

“Dan Friedman is such a well-rounded talent,” said Celia Siegel. “As a triple threat in voice acting, audio engineering, and video coaching, Dan shares his creativity in this industry on all fronts.There’s a reason his students say the difference is night and day after getting coaching from Dan! Plus he’s a great person and lots of fun to hang out with.”

Dan put his unique understanding of VO as an audio engineer to good use and published a book, Sound Advice: Voiceover From An Audio Engineer’s Perspective, to share his expertise. It covers the audio and recording side of the business, as well as proper session etiquette. It’s a must-read for any VO talent looking to gain a valuable insight on how to improve their next recording session.

Through Dan’s website, you can find details regarding his coaching on voice transformation, utilizing the Roger Love Method in his coaching. Whether you want some direction and sound advice on your next audition, or are looking to transform your voice, Dan has you covered!